The Rusty-Patched Bumble  Bee was listed as endangered under the US Endangered Species Act in 2017.NatureServe currently lists the RPBB as G1, critically imperiled. 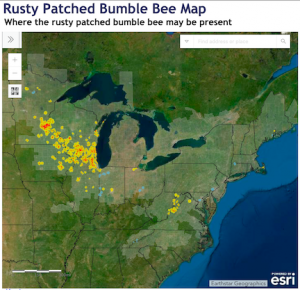 At the time of European settlement of North America, RPBB occurred across the eastern deciduous forests, from the southern terminus of the Blue Ridge northwards across the Ohio Valley, and into southern Quebec and Ontario and the maritime provinces of Canada.

Records from insect collections suggest that RPBB extended at least as far south as Champaign County, westward and northward across northern Illinois and into the Driftless Area.

Most recent observations of RPBB in Illinois have been in the greater Chicago/Lake Michigan region, Peoria area and Champaign County

In addition to surveying for RPBB before construction projects, we are working to understand more about the current distribution and ecology of the species.

We are also comparing bumble bee communities at Tollway restoration sites to more established sites nearby.

Declines of bumble bees are not well understood but can be due to: 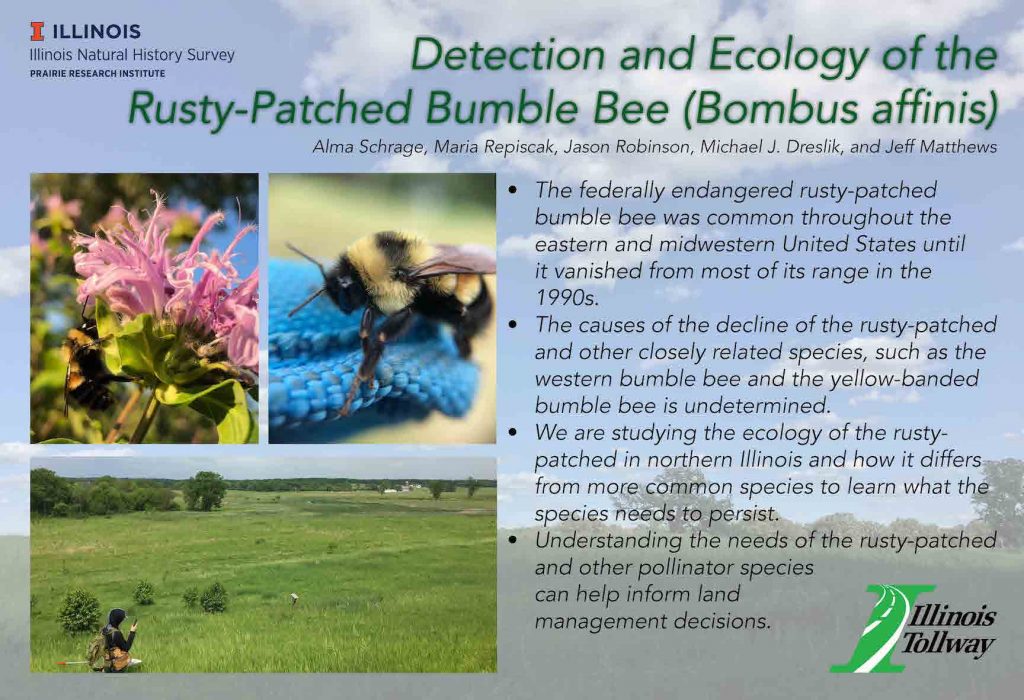