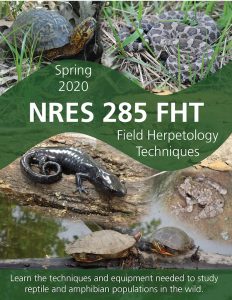 This course is designed for students considering careers or graduate work studying wild amphibian and reptile populations. We will introduce students to techniques used in monitoring and research of amphibians and reptiles including methods for sampling, capturing, measuring, and marking herpetological populations and communities.

We will focus on the types of data often collected and basic statistical analyses used. The course will be designed around brief lectures followed by field trips to study sites where students will get hands-on experience with field techniques, which include methods to determine distribution and abundance; marking and measuring; movement patterns and home range size. The course will culminate in a three-day field trip to southern Illinois where students will get to employ many of the techniques they have learned in the class. 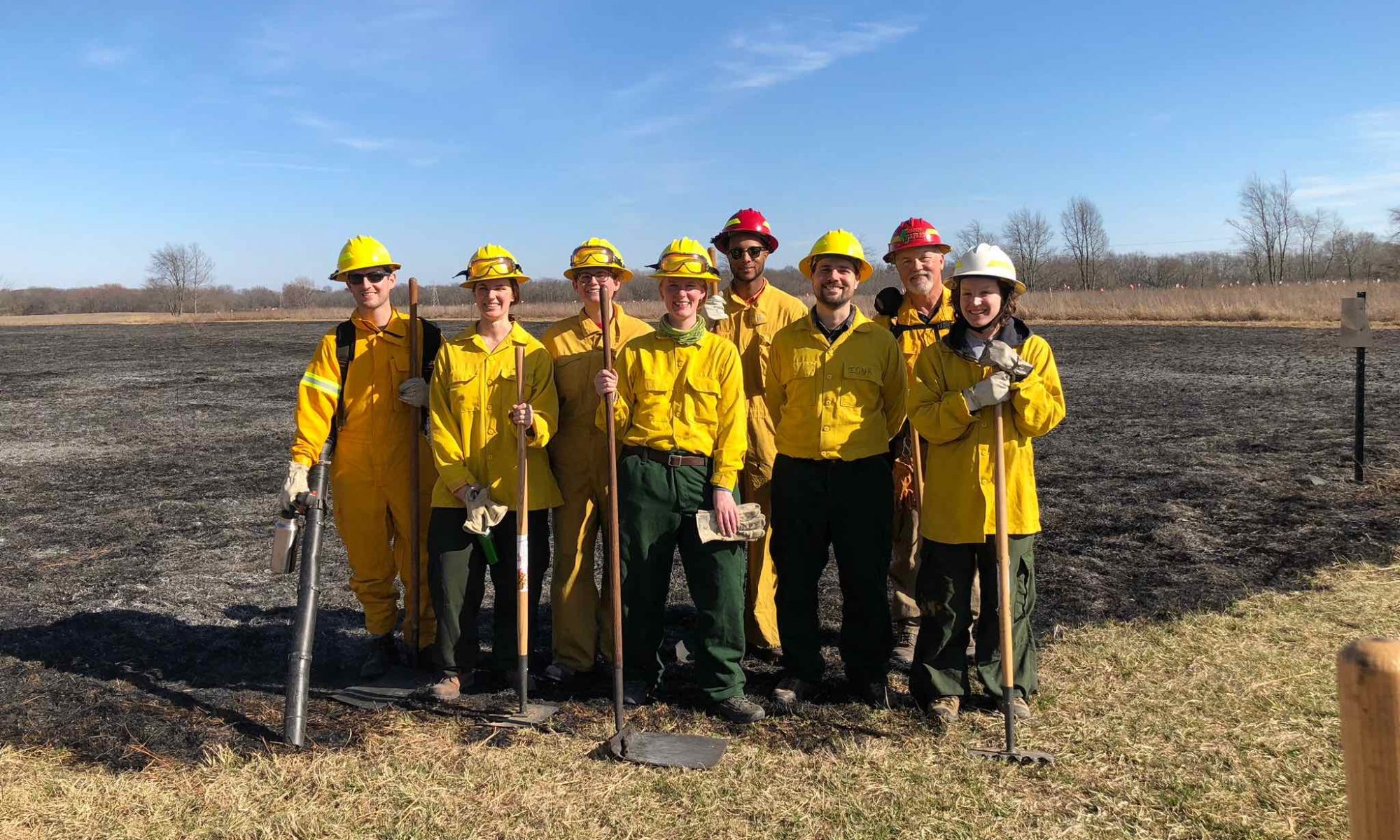 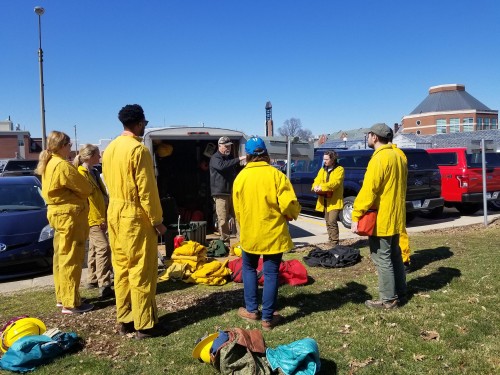 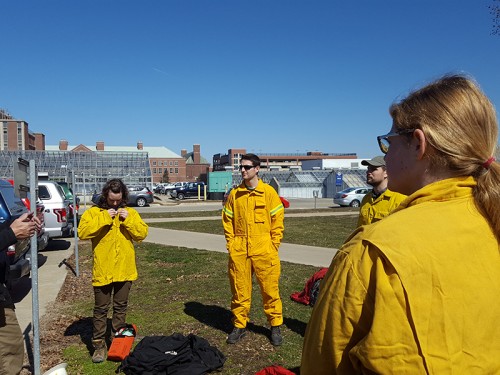 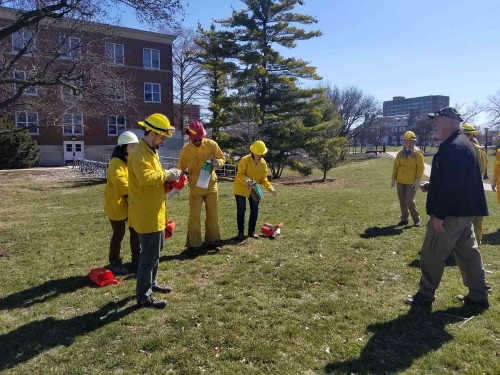 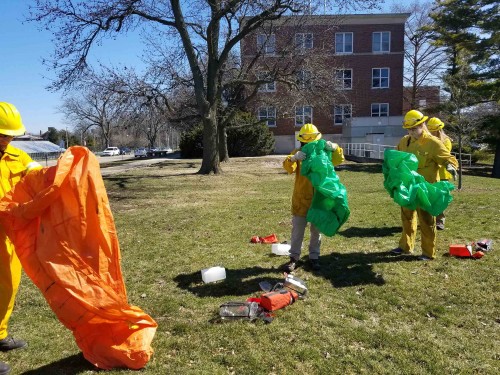 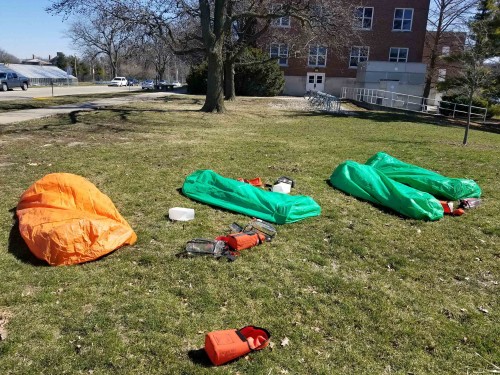 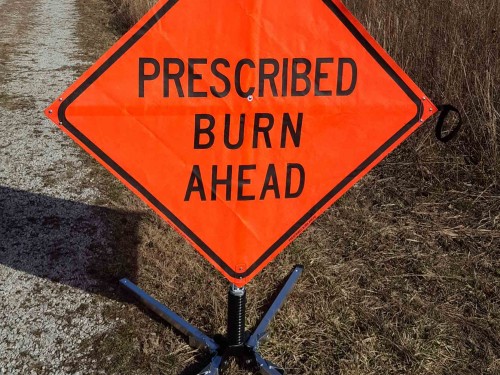 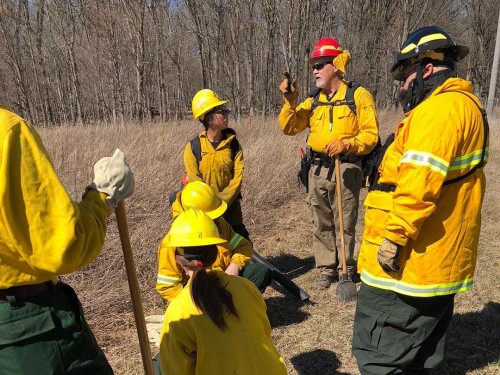 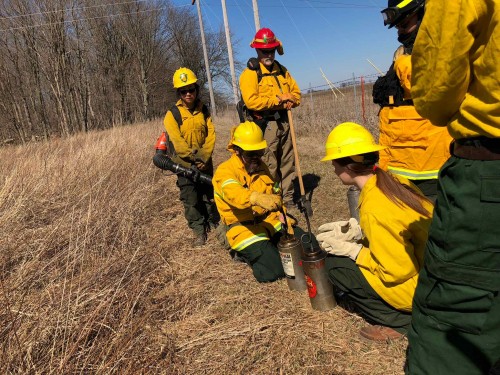 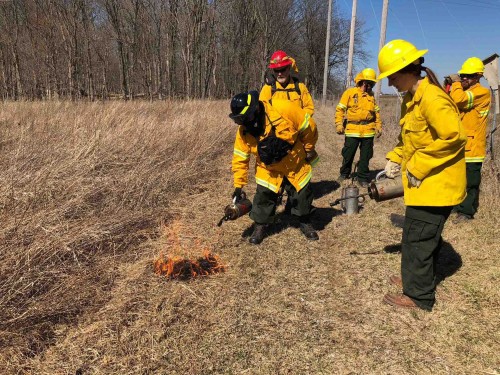 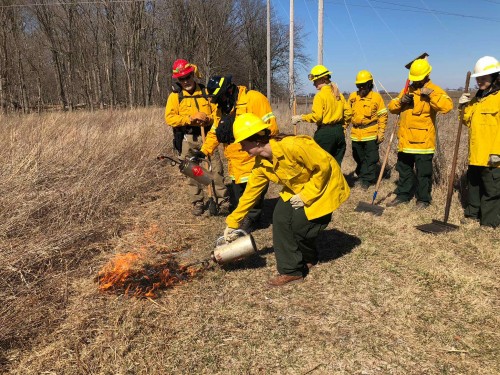 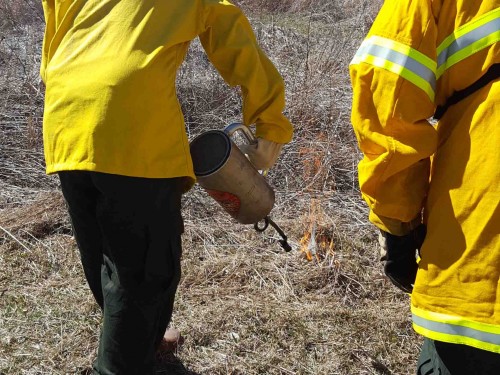 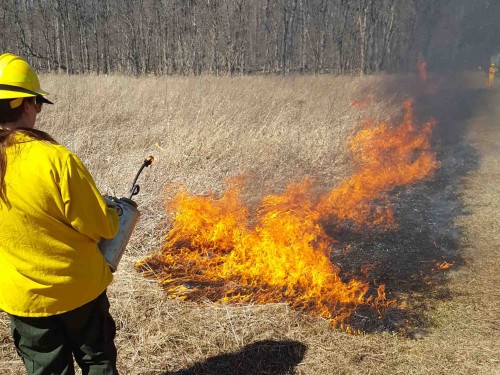 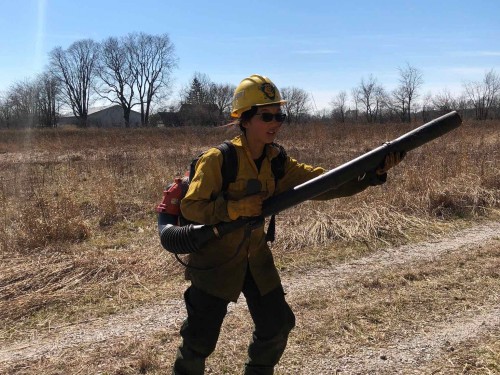 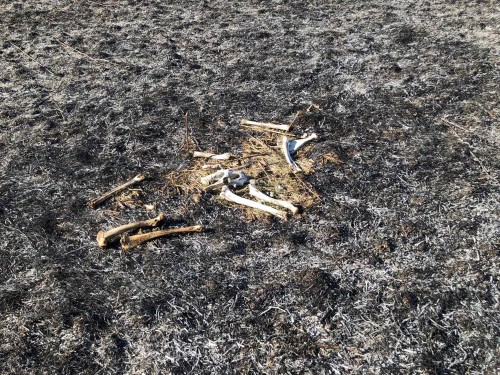 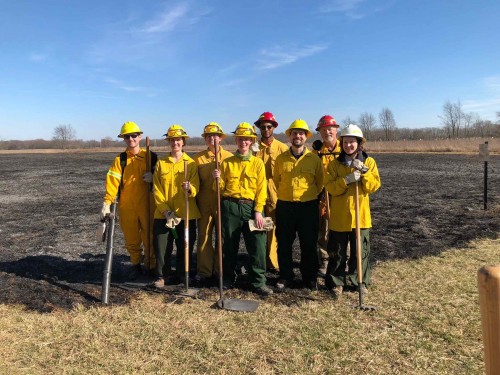 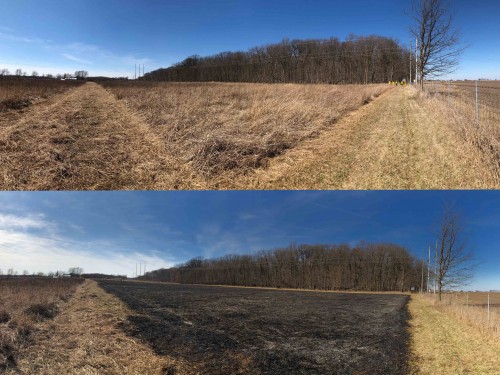 Members of the Illinois Natural History Survey’s Urban Biotic Assessment Program hosted and advised an intern from the National Great Rivers Research & Education Center (NGRREC) 2017 Intern Program this summer. The intern worked on mapping the spread, determining geometric morphometrics, and genetics of a novel invasive species in the Corbicula genus. They attended the 2017 Annual NGRREC Intern Symposium from 31 July to 1 August 2017. 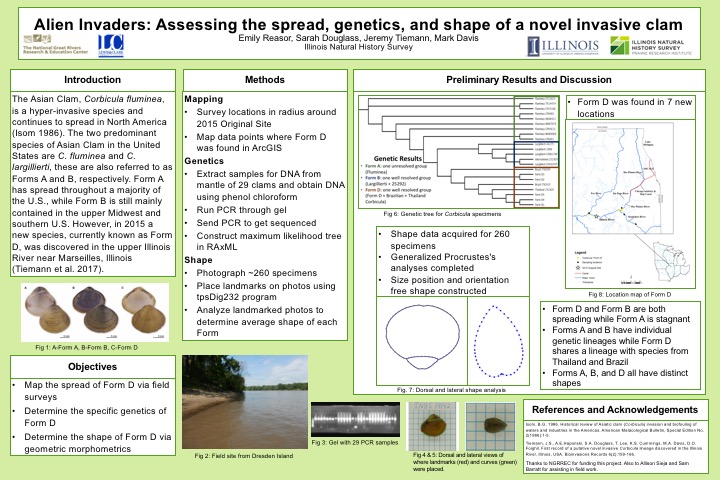