Alligator Snapping Turtles are the largest freshwater turtle in North America. This sit-and-wait predator was historically reported from the Mississippi, lower Illinois, Ohio, and Wabash rivers and their tributaries, with the most recent observation in 1984 in Union County. Believed to be extirpated from Illinois and other areas, a multi-state reintroduction project was initiated in 2014 by the IDNR in collaboration with officials in Louisiana and Oklahoma. 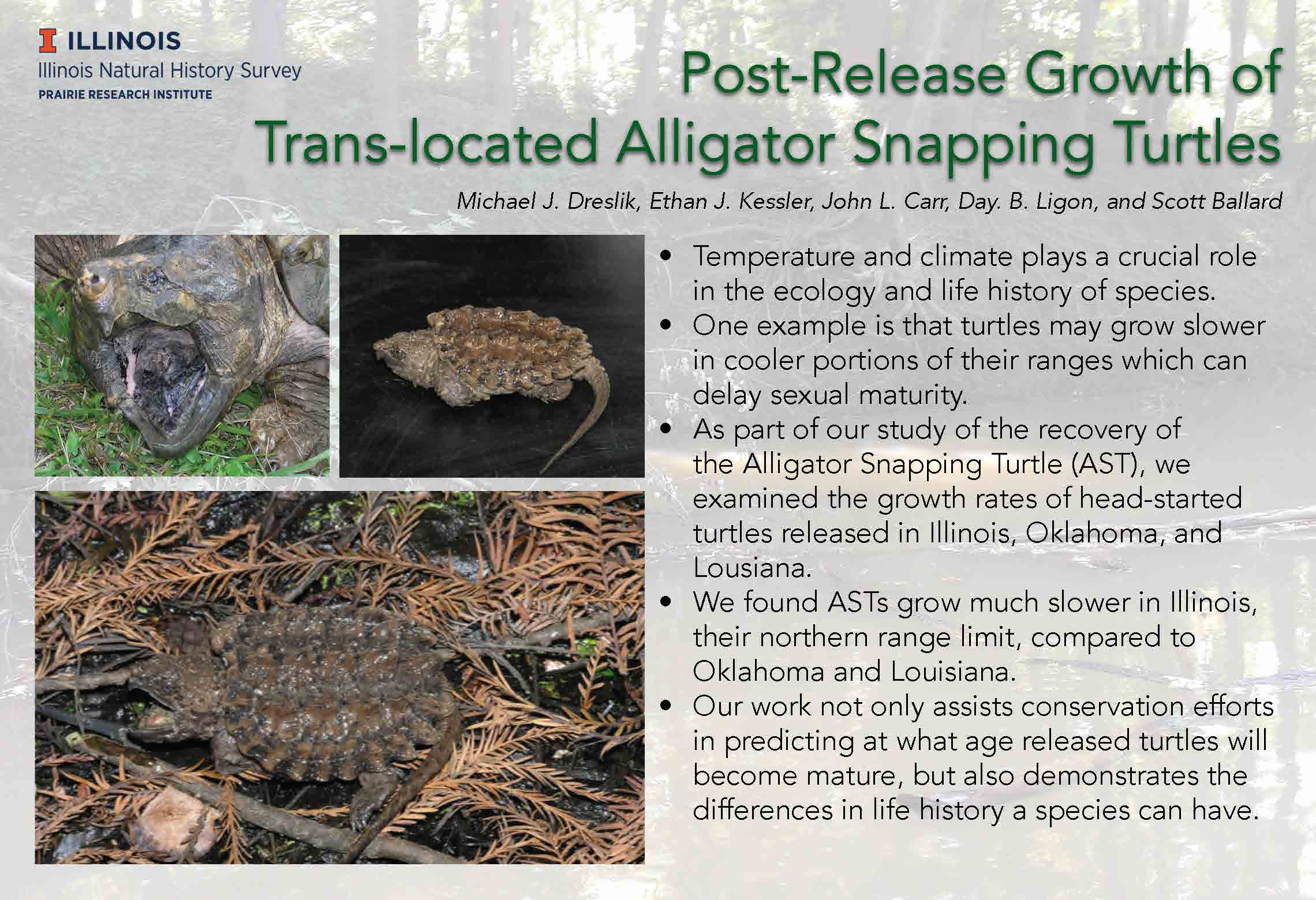 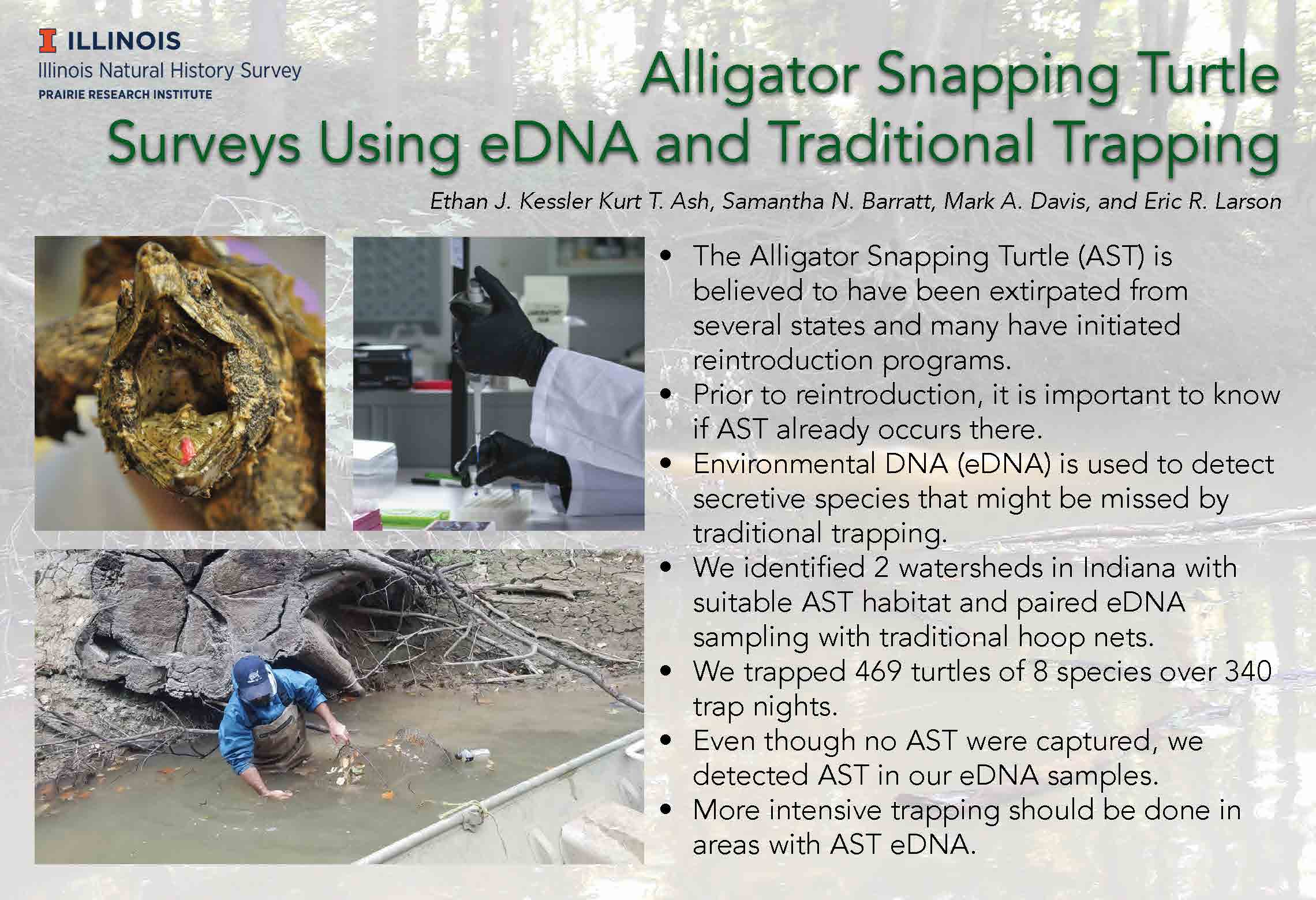 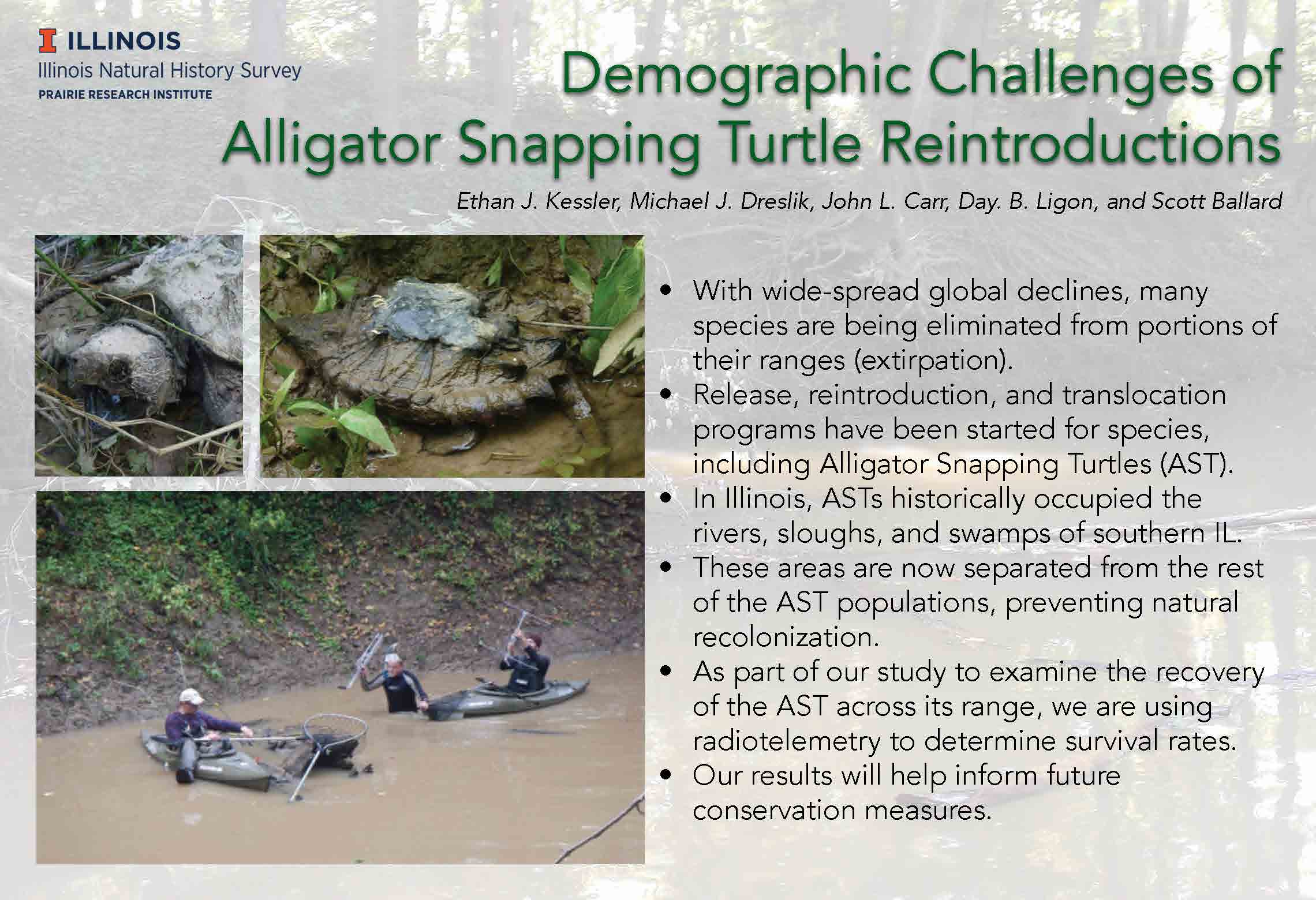 Because  mortality is high in the first few years of life, turtles are head-started in  captivity at Tishomingo National Fish Hatchery. Some individuals released in Illinois were reared at the Peoria Zoo and by classrooms across Illinois. Across all 3 states, 548 headstarted Alligator Snapping Turtles were released during 2014–2016. We attached radio-transmitters to 134 turtles in Illinois over those first 3 years. Survival results were complicated due to radio-transmitter malfunctions; however, overall survival was low. Turtles in Illinois grew slower than those in Oklahoma and Louisiana, and predation by raccoons was high. While assessing the survival of reintroduced turtles in fall 2014, a wild turtle, estimated to be at least 18 years old, was found, the first in the state in 30 years.

Because ASTs are sit-and-wait predators, they are difficult to detect using traditional methods, and their presence may be more effectively detected using eDNA. We collected water samples at the site where we reintroduced ASTs to test how different environmental conditions impact our ability to detect AST eDNA. We found that percent canopy cover was correlated with eDNA sampling performance, attributed to solar degradation of DNA. The method may also be used to determine the biomass of the species upstream of the collection site. We used eDNA techniques paired with traditional hoop nets to survey a potential reintroduction site in Indiana. We trapped 469 turtles of 8 species over 340 trap nights. Even though no AST were captured, we detected AST in our eDNA samples, indicating more intensive trapping is needed.